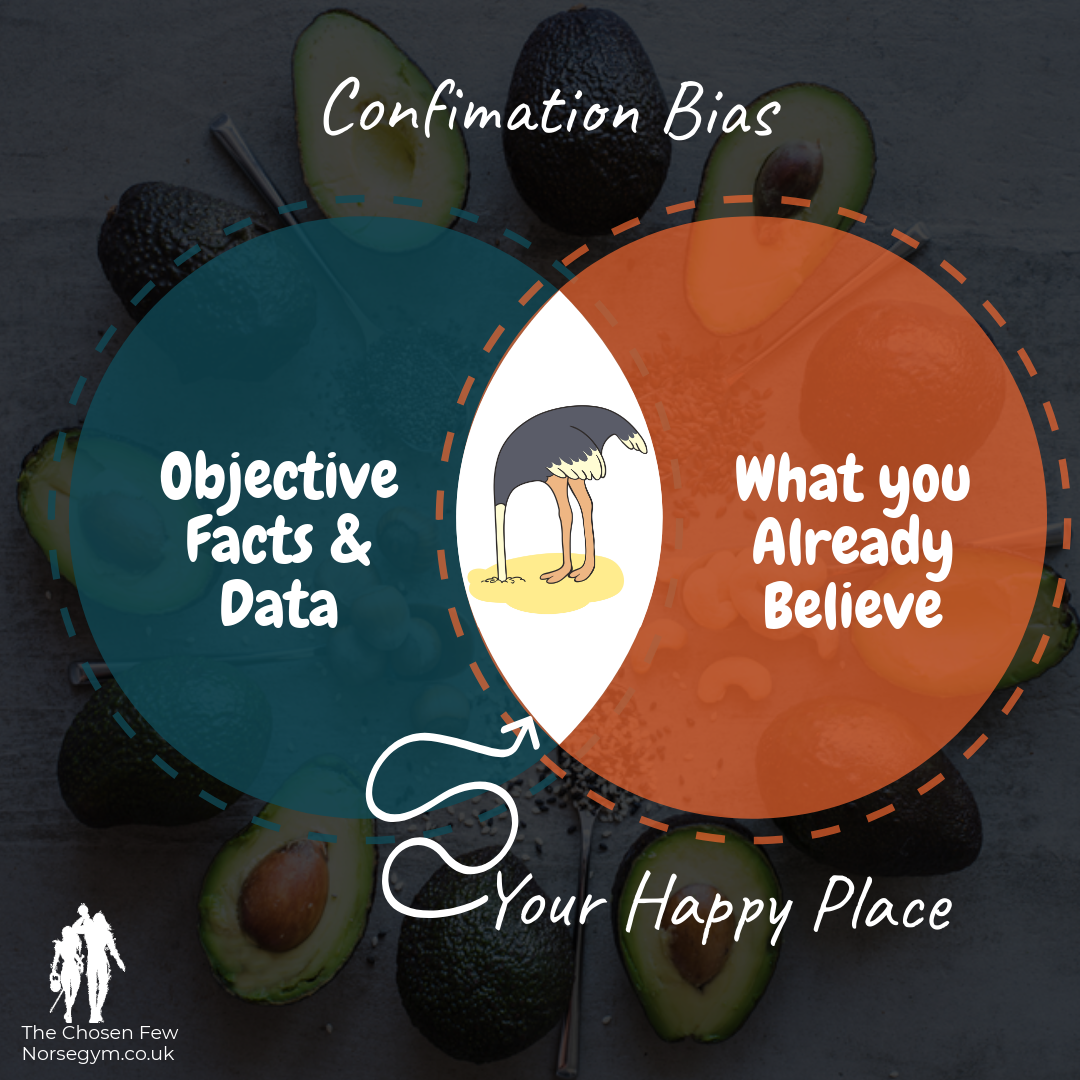 Let’s talk about “Confirmation Bias” because it’s absolutely rife in the world, not just our industry alone. “THE TENDENCY TO SEARCH FOR, INTERPRET, FAVOR AND RECALL INFORMATION IN A WAY THAT CONFIRMS ONE’S PREEXISTING BELIEFS & HYPOTHESIS.” A confirmation bias is often emotionally charged, causing people to hang onto or search for ambiguous events or facts in order to justify a belief.

Being wrong can be a bit of a stressful experience for some, so it’s easier to display a little” wishful thinking” rather than, really reflect on the facts.

Not only that but some, may consider the actual COSTS of being wrong, to be far too great (financial, reputation and so on!) This manifests in everything to biased searching (poor search term usage and unfair or biased spread of results) biased interpretation in light of obvious evidence and biased memory of events.

It’s a difficult bias to overcome, but if we lose our ego and begin to practice it when we encounter new information, then we will soon improve across the board and our learning and teaching will be the better for it and we will become happy to revisit that which we initially once held to be true.
If you truly care about our industry and improving it then learn to say “yeah, I could be wrong actually”

Eliminating our bias is one of the most important factors in being truly evidence-based.

An Example of an argument that demonstrates the confirmation bias

He cut out carbs and his weight loss was better than ever!

The assumption being clung to here is that the person in question, removed or lowered their carbohydrate intake, which was the key factor or sole factor responsible for the loss of weight.

This then ignores any other element that might also play a role – or – even go hand in hand with the removal of a nutrient (such as a lowering of calories!) often no other context will be given in these arguments but, in my experience in the Nutrition industry, these are often paired with conveniently unquantifiable or vague statements, designed to make the skeptic “look like a dick” for asking or pointing them out.

Because the speaker already believes or wants to believe that carbohydrate is the driving factor in weight loss (or in most cases, stopping weight loss / leading to weight gain) other aspects would be ignored, ranging from the most simple – calorie control – to the more complex, such as the enthusiasm that follows the start of a new diet, the increased zeal at which you then, in turn, hit the gym, the restriction of carbohydrate is likely to see a quicker change in scale weight (which is not necessarily the same as reduction in body fat or indicative of other desirable changes) which creates more buy-in from the dieter (quicker results are seen) and then a greater buy in to the diet follows (greater adherence) which leads to a more successful diet!

Not, “because of the carbs” – As this is over simplified.

This error message is only visible to WordPress admins