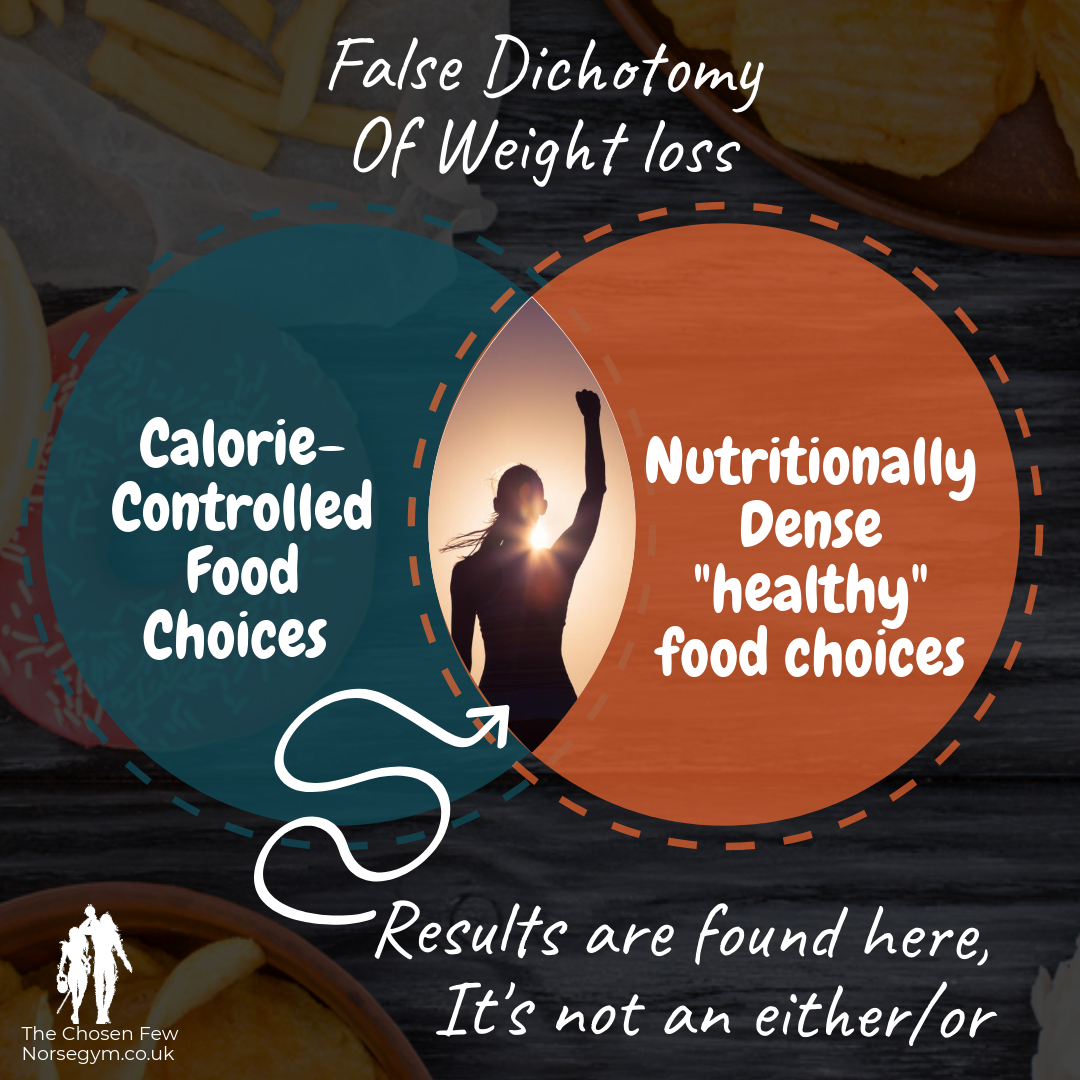 Context, speaking in absolutes and Strengthening the False Dichotomy that exists:

The most simple way to win someone over is to present two situations to chose from and demonstrate the superiority of one or the other, When in reality the two choices are not mutually exclusive, nor are they the only path – oh – but we do like to promote the extremes, no one buys into “balance” and “mediocrity”

In many arguments, only two choices are presented as if they are an all or nothing, yet more exist, or a spectrum of choices exists between the two, both exclusively and combined.
The false dichotomy is easily spotted by the presentation of a “either this or that” argument or statement, but can is also just as present when the speaker chooses to ignore or omit the spectrum of choices.
An Example using omission, rather than pushing the “either / or” agenda might be:

He lost lots of weight, but he didn’t track his calories at all!

The assumption here is that if one doesn’t track calories, one must not be capable of managing their weight or indeed losing weight, the absence of tracking is then held up of an example of why tracking doesn’t “work”.
In reality people exist who have lost weight, who don’t pay much attention at all to what they consume, but other variables in play led them to control their calorie intake (absence of food, increase of activity and so on) just as much as hard-working, macro tracking individuals can often have very valid reasons as to why their diet has failed — lack of competence, education or frequent “falling off of the wagon”. Considerations:
Our messages have to be consistent and complementary, if one week I make an absolute statement, which is correct and follow it up with another statement which is also correct – but both are lacking context, they may appear to disagree with one another. (Calories in vs calories out – CICO against the importance of protein intake) we end up feeding confusion and creating a divide that strengthens the arguments of the false dichotomy.

This error message is only visible to WordPress admins